The Average cost of Aortic Valve Replacement in India ranges between USD 5500 to USD 6500.

Patient has to spend 6-8 days in the hospital and approximately 2 Weeks outside the hospital.

Due to the use of latest technologies and advancements in the medical field, the success rate is around 94% to 97%. The Success rate has further improved in complicated cases by the use of TAVI (Transcatheter Aortic Valve replacement) especially in the cases where surgical correction is contraindicated. 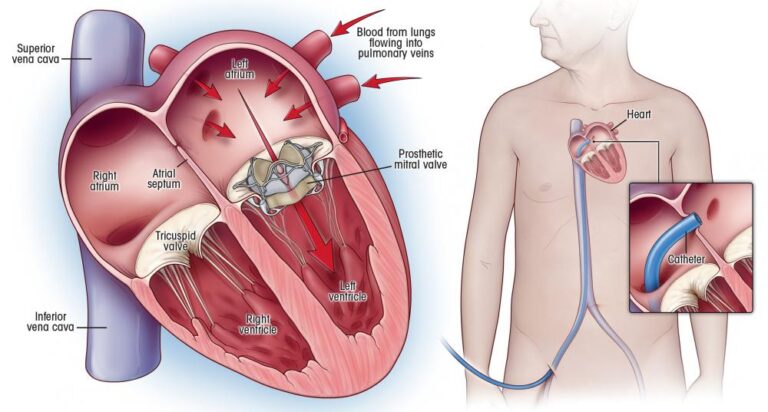 What Is Aortic Valve Replacement?

An Aortic Valve Replacement is a type of open-heart surgery used to treat problems with the heart’s aortic valve. It involves removing a faulty or damaged valve and replacing it. During this surgery, the damaged valve is removed and replaced with an artificial valve. The valve replacement is mostly an open-heart surgery, in few cases a minimally invasive surgery or a catheter procedure may be possible.

There might be a blockage or flawed improvement of the valves, with the end goal that the blood doesn’t move freely and may also revert back to the preceding chamber. This may cause the blood to flow incorrectly or the heart to get stressed while pumping blood.

The primary reasons because of which the aortic valve may need to be replaced can be stated as:-

For mitral valves, one extra factor has been believed to go about as a reason for replacement of the valve separated from the previously mentioned ones. If a individual experiences rheumatic fever, a complexity from a Streptococcus infection in the heart, the mitral valve may get narrow, a condition known as mitral valve stenosis. Hence, broad Consultation from doctors or cardiologists is the first step to cover, before going under the Knife.

There are numerous benefits to repairing the mitral valve instead of replacing it:

Symptoms when heart valves do not work properly?

Here are the Common Signs and symptoms of aortic valve disease:

In this procedure, tiny incisions are made in the chest instead of large openings. This will give a quicker recovery than normal surgical procedures, and the patients have less discomfort than the conventional ones.

It is a minimally invasive process in which surgeon inserts a catheter into bone marrow and reaches the major artery. Then, they weave a new valve into the damaged one without removing the valve.

The aortic valve replacement is a major surgery and like any other surgery carries risks. The risks of complications increase with the age of the patient and general health of patient.

The cost to the patient depends on a variety of factors like:

Why to choose India for Heart Value Replacement:-

What is the success rate of aortic valve replacement surgery In India?

A recent study found that aortic valve replacement surgery has a 94 percent five-year survival rate. Survival rates depend on:

How serious is a heart valve replacement?

Possible risks of Aortic valve repair or Aortic valve replacement surgery include: Bleeding during or after the surgery. Blood clots that can cause heart attack, stroke, or lung problems. Infection.

Can the aortic valve be replaced without open heart surgery?

Cardiologists expect wider use of the less-invasive technique—known as TAVR—in the near future. The one-way valve inside your aorta opens to allow blood to surge from the heart to the rest of your body.

Can you live a normal life after aortic valve replacement?

For aortic valve replacement patients in general, this loss was 1.9 years. Without treatment, however, the mean survival for these patients is two to three years. The researchers found no differences in loss of life expectancy between women and men.